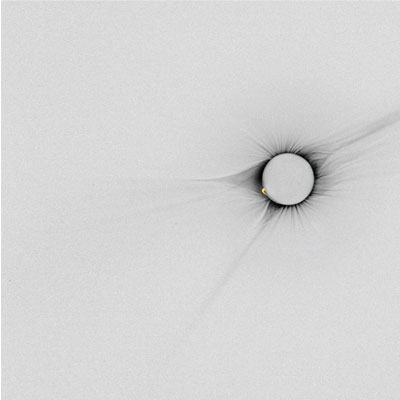 Cycle is an acoustic work of otom that expresses the four seasons with four images of summer, autumn, winter and spring and four playing styles.
otom continues to release works with a floating guitar sound. However, this work is an EP that pursues the charm of the song itself by removing various elements.
All four songs have a sounds centered on vocals and acoustic guitar, and this work is conscious of a more fundamental direction with the usual otom arrangement kept to a minimum. It's also a feature of this work that the feeling of vocals with multiple layers has changed and emphasized to a pure tone. Each songs are also divided up into arpeggio, two-finger, stroke, and three-finger guitar styles.
A work made with lyrics that look back on the distance between the world and oneself, and sound elements that influenced otom, such as acid folk in the 1960s, experimental pop like John Cale and also shoegaze and alternative sounds. Songs in Cycle EP may be a little addictive types.

A song about the happiness of a moment. A song made around the summer of 2004. The lyrics are based on the image of a summer day. The original was recorded as the core song of the 2nd album "Voice Called From Within The Wall" (2004). A song composed of 3 types of guitar, vocals, and chorus, and changed to Japanese lyrics. It features a flowing arpeggio and a strange time signature of accents. Inspired by David Grubbs phrases and Paul McCartney's acoustic songs. One of the songs that I have a deep attachment for in the early works of otom.

A song about the whereabouts of justice in the world. An unreleased song composed around the fall of 2020 based on the phrase around 2011. It composed of a guitar phrase with a style close to two fingers and a vocal melody that overlaps with it. The song seeks simplicity with minimal arrangement, and makes the song feel sad as it heads for winter.

A song with the theme of good lies and bad lies. Composed in the winter of 2004-2005. The original was recorded in "The Night In The Rainbow" (2005). It is composed of stroke guitar and electric piano phrases, and a sad vocal melody. It was composed to make a dramatic song with slowness and speed. Changed to Japanese lyrics when producing this EP. It is positioned as the last high-pitched D song in my life.

A song about what I should choose and the awakening of myself. A song that was completed around the spring of 2010 but has unreleased for a long time. I changed to Japanese lyrics for made this EP. otom adds a slightly unusual phrase to a three-finger style like Simon & Garfunkel, which was strongly influenced. The original title was otom, which is one of my favorite melodies. The current title is taken from what appears in Flannery O'Connor's Wise Blood. You can read it in either Mvsevm or mjuːˈziːəm, It's up to you